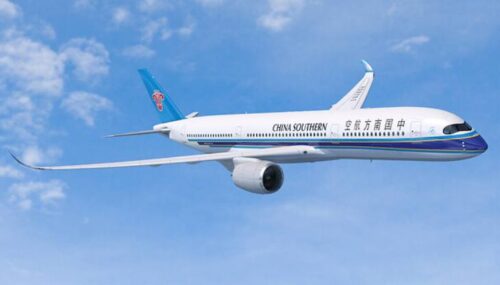 The multi-year renewal ensures that China Southern can continue distributing its content to the vast network of travel agents and corporations connected to Sabre’s global distribution system (GDS). The deal strengthens a long-standing relationship between China Southern, which is China’s largest carrier by passenger volume, and Sabre, with the airline also using Sabre’s fares and contract management solutions.

Sabre and China Southern are excited to announce the continuation of this valued, long-term relationship at an important time for China Southern and the wider Chinese travel industry. As China Southern steadily resumes international routes, and looks forward to further travel recovery in China, the airline will be using Sabre technology to get its fares and offers in front of agents, and their travellers, worldwide.

“We’re thrilled that China Southern has demonstrated extended confidence in Sabre’s advanced technology with their multi-year commitment to our extensive distribution network”, said Rakesh Narayanan. “We’re seeing pronounced recovery in APAC, particularly in international markets, and we look forward to continuing to support China Southern to promote its fares and offers through Sabre’s travel marketplace as the airline adds to its own international route network.”

About China Southern
As a SKYTRAX 4-Star Airline, China Southern Airlines possesses the largest fleet and the most developed route network, and offers the largest passenger capacity among any airline in the People’s Republic of China. The Company was awarded “Two-Star Diamond Award for Flight Safety”, the top award for flight safety from the CAAC, in June 2018. In recent years, the Company has striven to construct two comprehensive international hubs in Guangzhou and Beijing, and a network-based airline has gradually taken shape. With the ambitious vision of “becoming the first choice of travelers and favored by staff”, the carrier continually strives for excellence.

About Sabre Corporation
Sabre Corporation is a leading software and technology company that powers the global travel industry, serving a wide range of travel companies including airlines, hoteliers, travel agencies and other suppliers. The company provides retailing, distribution and fulfilment solutions that help its customers operate more efficiently, drive revenue and offer personalized traveller experiences. Through its leading travel marketplace, Sabre connects travel suppliers with buyers from around the globe. Sabre’s technology platform manages more than $260B worth of global travel spend annually. Headquartered in Southlake, Texas, USA, Sabre serves customers in more than 160 countries around the world.