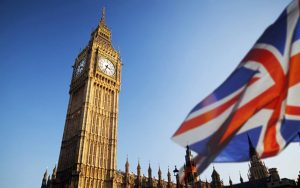 London, United Kingdom, July 9, 2020 / TRAVELINDEX / Gloria Guevara, WTTC President & CEO said: “Thousands of tourism businesses large and small across the country will be breathing a collective sigh of relief now that the Chancellor has announced a VAT holiday of 15% for the hospitality industry from next Wednesday.

“WTTC warmly welcomes this measure, which will save struggling companies millions of pounds and provide a much-needed boost to a sector which has been on the verge of collapse.

“We have congratulated the UK Tourism Minister Nigel Huddleston for the move in a call today with WTTC Members, which will go some way to restoring consumer confidence in a sector which last year generated nearly £200 billion GDP, or 9% to the UK economy, supporting four million jobs.

“This shows the commitment the UK government has to the industry and we hope to see these examples of continued support for Travel & Tourism around the world.”

Sabre Takes Hotels into the Future with SynXis Retail Studio

Tourism Raises Its Voice for Peace